Inspired by a death downhill dual video posted up on Dirt and emboldened by certain comments about the loop the loop feature I decided to change things up a little for my Birthday special. Now this is where things get a little hazy and all information contained in the rest of this post has been dragged through a Rum filter. This is because my so called mates decided that for some reason I deserved to be poisoned with rum as a birthday treat. Now I’ll admit that on occasion I have been known to encourage the imbibing of Rum in celebration and forfeit but this is always with a sense of fun and not directed solely at one unfortunate soul.

Looking down the Chute – Doesn’t look like much does it!

I’ve been eyeing up a chute at the spot we race in for a long while. It’s a wide at the top with a couple of trees, steep, muddy and very greasy. What captured my interest was the two felled trees at the bottom which form a funnelling V. The exit of this funnel is only wide enough for one bike, perfect for the finish line of dual race. Two men enter, one man leaves. Many folk looked over the lip of the drop in to the chute and shock their heads. Some even left without racing. The top of the course was on a fairly gentle gradient but got very slick very quickly with a couple of the corners catching out a lot of riders.

Back to the rum. I was given a shot of rum on the start line of every race I did. I didn’t complain too much and got down to business but did insist that everyone I raced must also have a shot. It wasn’t until the end that I discovered that Jolley, who had been measuring out the shots, was giving my opponents Coke. My opponents also threw every race against me meaning that I advanced through to the final round. That’s 10 large shots of Rum… on an empty stomach. I was fucked. 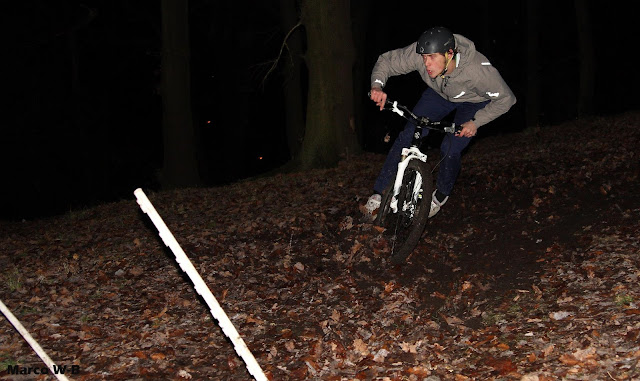 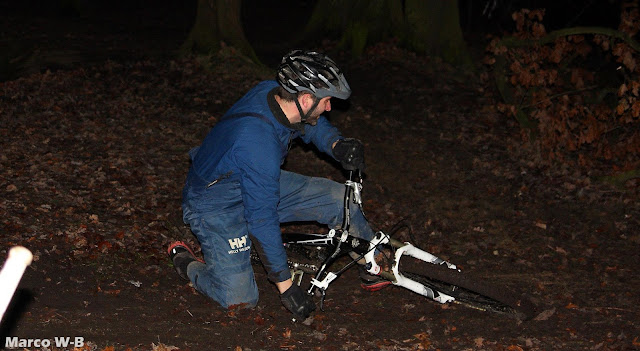 The things I do remember are how many people turned up, not just to race to but wish me a happy birthday and I suspect enjoy me demise. ‘Lovely’ to see you all. I remember Timmy, Will Swinden, Dave Camus, Chay Granby and Craig Evans looking oh so fast. Then the last thing I remember is being presented with a custom set of Burgtec Penthouse pedals. One side has my name etched on, the other has This is Sheffield. They are about as pimp as you could ever get and they were gifted to me by an amazing group of friends whom I can’t thank enough. You’re brilliant! But that doesn’t mean I forgive you for the rum. I believe Ol Green sorted the pedals out, so thank you especially. I don’t know who’s idea the rum was, but Jolley denies it. My investigations continue.

The Pimpest Birthday Present I could ever hope for. Thanks to all you Rum Wielding bastards!

The rest of the night I have no idea about other than what I have been told, and are not suitable for these pages. I woke up the morning of my birthday feeling rough as hell. But thankfully a lovely day with my better half Claire and my family sorted me right out.

So thanks again to one and all, it’s a birthday I will never forget or forgive. Big thanks as ever to Steph Anderson for timing and also to Laura James who was on the other stop watch. We cant race without you, you make it happen. Thanks also to Henry Norman and Joe Bowman who were kind enough to recover all the possessions I left behind, also to anyone else that looked after me! Until the next time.