Duncan PhilPOD has just been awarded his 7th POD of the year over on Pink Bike. This means he’s been awarded a POD once every 30 days this year… not a bad record, it just highlights his talent. 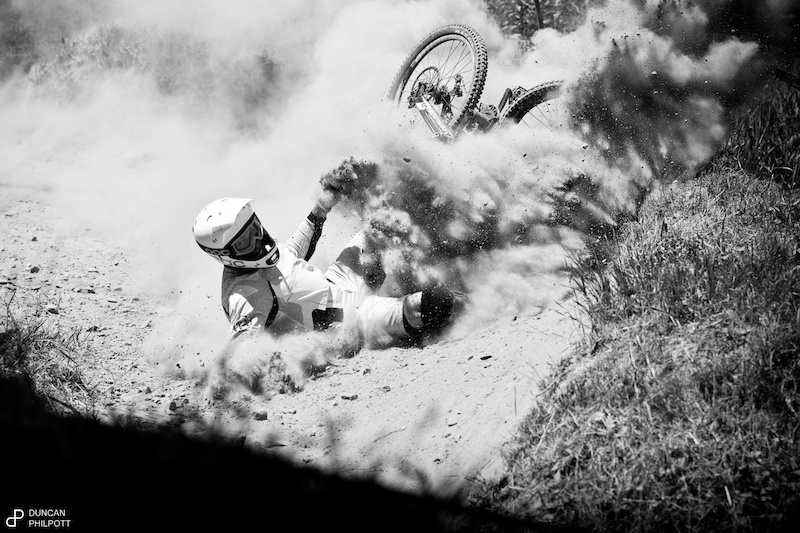 Just look at the dust at the World Cup at Mont St Anne this year.

Many of  the female student population of Sheffield already know it, but Dunc is Dirty. Well working for Dirt at the Fort Bill world cup this year. Check out his slideshow of day 1.

Dunc just Scored POD 6 over on Pink Bike. His recent shot from the first round of the BDS down in Combe Sydenham of Matti Lehikoninen was picked out by Ian Hylands. 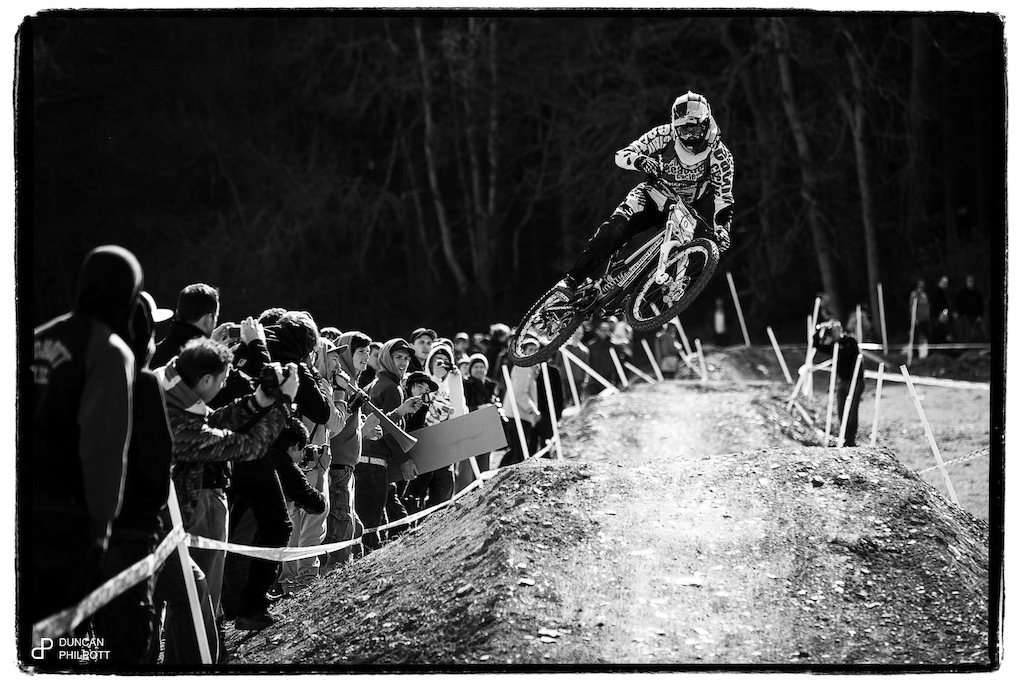 PhilPOD picked up his 5th POD of 2012 over on PinkBike over the Easter Weekend of this great shot of Hanna Jonsson sending a cheeky line.

In this case the Easter Bunny Ian Hylands said “It’s seeing shots like this that really make me grateful for not having to ride down things like this on a regular basis. Beautiful shot, good composition, and so rare that we get to see a good shots of a girl ripping that’s not on a race course.”

Duncan was awarded his 4th POD of 2012 over on Pinkbike over the weekend for this shot of Peaty scrubbing over a rock up in Scotland. A one exposure wonder, Dunc cracked it out first time.

This shot was used for the Trailer of ThisIsPeaty which is a series of web edits following around Peatys antics over the coming season produced by our own Joe Bowman. 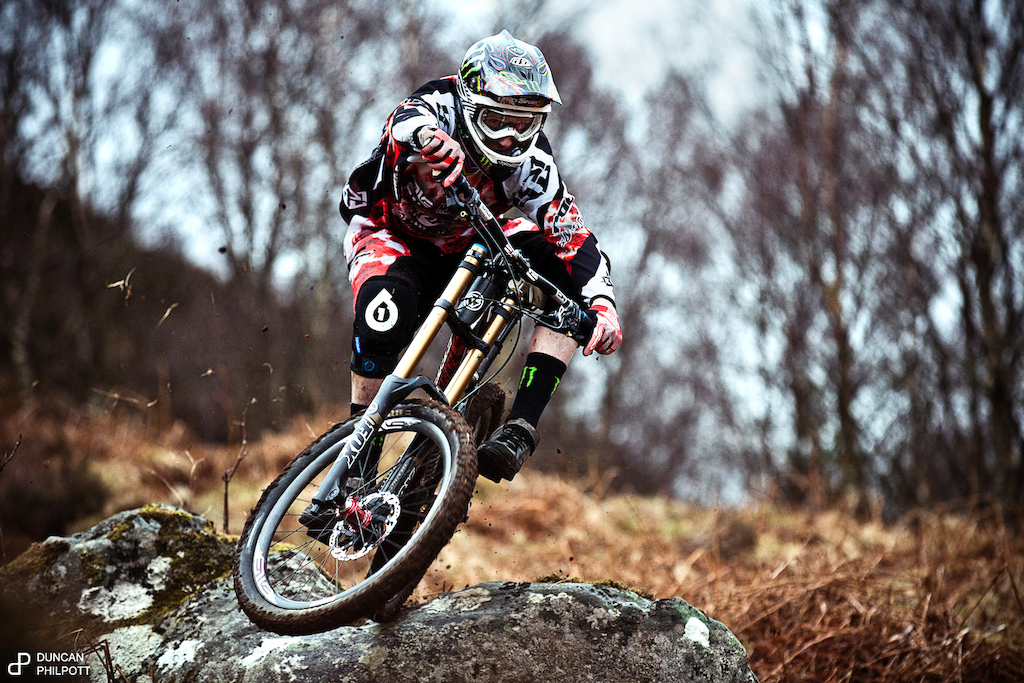 Duncan’s Shot of Ruari and Dave Camus smashing this sweet set of berms at Woburn has just been awarded POD on Pinkbike. Thats POD 3 for 2012, not that we’re counting. 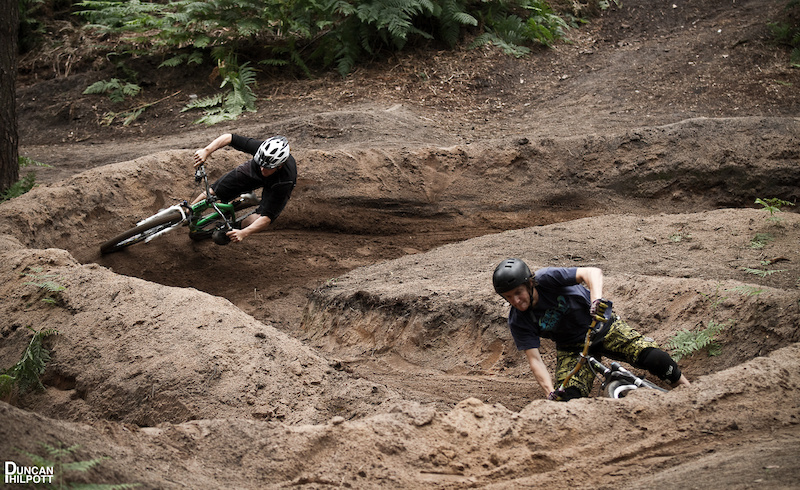 Yep… thats Right, the dream team do it again!! Ruari Hitting this Nasty chute, shot but Dunc. Amazing work lads… And its just earned another POD on PinkBike. 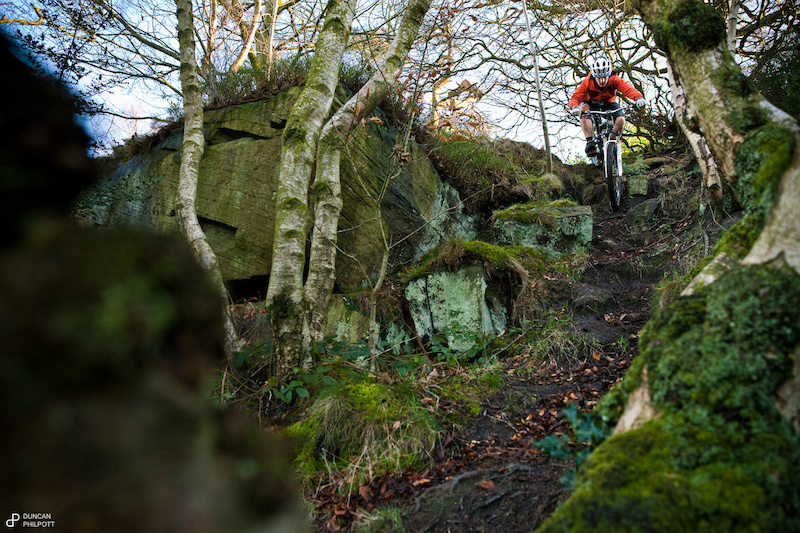 And yes… thats a VOD and POD each month of the year so far… can we keep it up?

We’re only half way through January and Dunc’s talent has already been recognised by the good folk over at PinkBike. Ian Hylands has just awarded Dunc todays POD for this beaut of a Shot from Woburn.

As the light fades at the end of the day’s xc ride Phil Atwill gets rowdy on his xc hardtail, water bottle in frame and boosting in the rain! 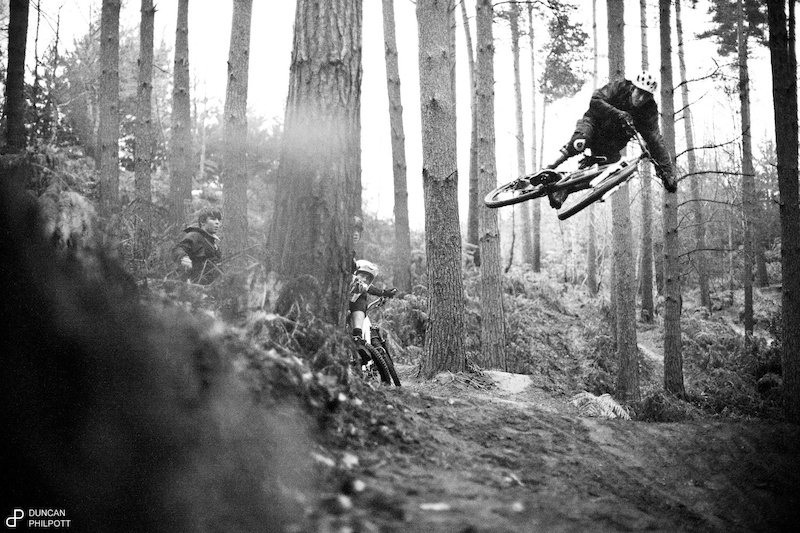 Swinny, Dunc and the SPS

Our in house Pinner and recent entry in to the Elite Catagory, James ‘Swinny’ Swinden has spent the past couple of days training and riding with the Steve Peat Syndicate. He’s been accepted on to the squad and will be receiving all the support and impetus being part of such a well organised team will bring. Watch out for Swinny at all the nationals this year and for reports of his progress.

The SPS have also been employing the talents of TiS Tog Duncan Philpott to document the new batch of riders being indoctrinated in to the team and working with Podium performace at Sheffield Hallam University. Dunc will be working extensively with the SPS over the coming season and bringing his acclaimed eye and lens to bear. The above photo is the first example of this union shot by Dunc over at Wharncliffe with Peaty and Swinny ready to drop in. Dunc’s got a new blog over on his site, keep checking in for more examples of this great work.

Watch out for more Tis on the SPS.

Continuing his domination of the Pinkbike POD, Ian Hylands picked out Duncan’s photo of Matt Jones pulling a Super dumped and tabled 3 at Woburn. Keep up the good work Dunc! 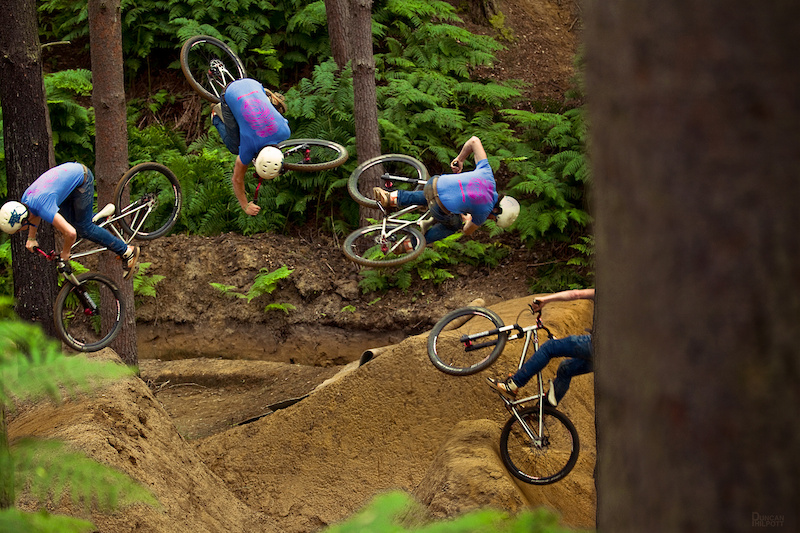